Today is a day for books and their writers

This World Book Day we're sitting down with Andrew Barlow, author of Warblegrub & the Forbidden Planet. Andrew is the first author to be published with Bear With Me Books, and we're delighted to get a little more insight into his book today, the day to celebrate books and their writers.

As an added treat, Andrew has recorded a section from the opening chapter of Warblegrub & the Forbidden Planet to introduce you to his story.

Which genre would you place Warblegrub in?

Warblegrub is difficult to describe. It's not easy to pigeonhole. Eco-fiction is a useful description, but almost all good science fiction has an ecological sensibility.

I suppose it is eco-fiction, because the environment is almost a character throughout the story. Nature has presence, life and movement. The story comes as a response to the catastrophes in the natural world. I spend as much of my time as I can in as natural a world I can find, and realize that people are unaware of how much we actually effect the world around us. I want people to think about how the things they do can to positively impact on the environment, and that starts with considering the natural world as an entity – a community with its own relationships and rights.

When did you realize you wanted to write Warblegrub?

The idea for first scene came to me about five years before I started writing the story seriously. I just thought of a scene showing a being and a probe, with a large moon behind them. There was no story attached at all.

The idea for that first scene didn't change for many years. One day I was out on a walk and I passed this row of houses with small front gardens. In front of one house someone had made a Ying Yang symbol in a stone garden and the thought struck me. Warblegrub is one, who's the other? That simple idea, that there would be an opposite or a counterpart, gave the story life. Who sent the probe, and why was it sent were the next questions to be answered: those parts fell into place then. That's when the momentum grew.

What is the message in Warblegrub?

It could be positive or it could be negative. It's a parable on the potential future of our world.

I'm concerned with the damage we do. I wanted to write a story that got people thinking about the world around them. The message is: ‘Get in touch with the real world, the world we share with other creatures!’ Even in the urban environment people don't realize the creatures living close by. It’s important for people to know what’s going on around them before it disappears.

The story sees a company of soldiers travelling across Earth many decades after their ancestors have been banished for the devastation they caused to the planet. I imagine the soldiers are us – we are the last strands of humanity. We’re there with the soldiers, identifying with people who have already lost their world, as many already have here on our planet. Maybe a change of attitude is the first thing that needs to happen – a belief that there is something each and everyone one of us can do, because it's going to take each and every one of us to save the environment.

Who is your work for?

Everybody. Anybody. We are all affected by climate change. There is no-one this book isn't relevant to. We all have to establishing a relationship with the planet. We can't just have a few people doing a few things in a few places. We need everyone.

Why do you think illustrations are important in your work?

With an illustration, it has to add to the book. It can't just be a picture of what you are describing. They aren't meant to just be action shots. They provide another dimension.

The first illustration was of Warblegrub, the moon, and the probe. My mum read the first scene and said it would make a lovely picture. I hadn't used pen and ink much before, but I thought the image would work really well in black and white. I figured I would use it for a cover, but once I finished writing the first book I knew the whole story needed to be illustrated.

The relationship between the images and the book blend and lend perspective to one another. There are particular moments you really just want readers to see. The illustrations mostly suggested themselves as a window onto the story. The second illustration was of a sunrise. It's an important point in the story. It's where Warblegrub sees the soldiers’ reactions to their planet for the first time. It's a scene that needed more than words to put you there – to illustrate a moment; when humanity's banished descendants see sunrise on their home world for the first time.

What do you want to people to think after reading your book?

Differently. What can I do to change? It's an attitude change we need.

I like all the reviews, particularly this three star review from a man who didn't really understand it.

“I did like this story but it is not fully baked. The entities that the humans encounter while violating their restraining order and visiting earth are perplexing. While interestingly written these entities purpose is nebulous, I never fully understood the entities or why they exist. Other creatures are introduced whose origins and purpose are also a mystery. How common earth animals attained speech had me scratching my head. There are some very creative concepts here to be sure but logic is in flux. This tale presents a moral message about humanity’s greed and violent nature. This work has more in common with a fantasy story than a science fiction work."

But it's the next part of this review that I find so encouraging. "I applaud the author for a creative, original idea and an ambitious effort. I will read on when book two is available and perhaps more will be revealed to enhance my understanding of this world. I guess that is the purpose of series writing.”

What is your writing schedule?

The schedule is erratic, hectic and sporadic: I try and organize my working week to create space for writing. This is usually late afternoon to the early hours, especially at weekends. Warblegrub is going to be a trilogy so I've been writing three books at the same time really, and working on illustrations for each.

Who would you say has a similar style in writing/illustration?

The illustrations deliberately reference a range of styles, not necessarily my usual or preferred approach; I’ve tried to give the images an unusual or significant perspective, a hint of Escher. My favourite illustration is where Warblegrub and others are flying over a city. There’s an immediacy which is reminiscent of manga art.

What advice do you have for someone who wants to write?

History. Classical Historians like Herodotus, Suetonius, Plutarch etc. The classical Greek and Roman perspective (the ancient perspective in general) seem more and more relevant to me. I loved the Chinese ‘Monkey’ stories and the Hindu Myths, which speak to us now more than ever.

I also enjoy modern narrative historians like Anthony Beevor & Paul Preston. There is no fiction to compare with the extraordinary stories that are told by survivors and participants in history’s great events.

I have hardly read any novels since I started writing seriously: Conrad is the master of story and prose; I often return to Tolkien, Mervyn Peake and Frank Herbert’s Dune novels. Russell Hoban has inspired me with his inventiveness and Antonio Lobos Antunes has been a recent discovery.

What are your plans for the book this year?

Getting Warblegrub & the Forbidden Planet out there as much as possible. It seems to appeal to a very wide range of readers (and non-readers!). Finishing the second book and working on illustrations for the trilogy is the next step.

We're also going to book and publishing fairs - we'll be at the Illustration and Indie Publication Fair next month, in April, here in Cardiff. We're also planning on having public readings and building an ecologically active community in the spirit of Warblegrub. 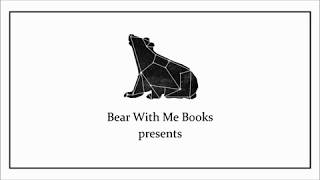 Eco-fiction – What, Who, Where and Why?